On Monday (15 April 2019), the India World Cup Team 2019 has been announced by the Board of Control for Cricket in India (BCCI). Finally, India has got their 15 Indian players squad who will be playing for the ICC World Cup 2019 in UK.

Well, the ICC Cricket World Cup 2019 will be held from May 30, 2019 onwards in England and wales. Get here the Complete List Of 15 Indian Players Squad as per the India world cup squad announcement who will play their opening tournament on June 05, 2019 against South Africa

Virat kohli is the most admirable captain of the Indian cricket team with an appealing personality. In 2010, he has become the fastest batsman who has managed to achieve 1000 runs in the ODI cricket match. Kohli is a right handed batsman and with bowls rights-arm medium.

Another player of Indian cricket team is Rohit sharma who is being honored with honorship of vice captainship. Rohit is a right -handed batsman who has initiated his career at the age of 20 by making his debut in one-day international (ODI) on 23-06-2017. Moreover, he is known for the only batsman with three double-hundreds in the world.

With charming style and good cricket knowledge, shikhar dhawan has started his first class debut in 2004 for Delhi against Andhra Pradesh. Now he is an Indian international cricketer who had won numerous matches and been honored with great achievements and awards.

Kannanur Lokesh Rahul is a right handed batsman who is known as KL Rahul who had started his career in 2010-11 sessions for the Karnataka. He was the part of the U-19 Indian cricket team which has played in 2010 world cup. K L Rahul is on the third position to score a century in every three international cricket formats.

Vijay Shankar is another team player who will be participating in Indian world cup team 2019. He is a right-handed batsman and right-arm medium pace bowler. Vijay made his carrer debut in 2019 in Australia. He perfectly plays the role of 5th or 6th bowler according to the requirements of team.

MS Dhoni is known to be the fabulous Indian international cricketer and also performed bats right handed and has bowled right arm medium in some matches. Due to his cool and calm style, Dhoni has earned the tag of ‘Captain Cool’. At many times, Dhoni was also awarded as man of the match due to his fantastic performance in cricket matches.

Kedar Mahadev Jadhav plays as domestic cricketer in Maharashtra and known to be the all rounded who represents India nicely. Kedar jadhav is right handed and bowls right-arm off-breaks. For the first time At JSCA International Stadium, he made his introduction against Sri Lanka

At the age of 17 only, Dinesh karthik had made his career debut for Tamil nadu against baroda. He is Indian wicketkeeper-batsman who represents his Indian cricket team in all possible ways. As per his statistical a record, dinesh is having good batting averages in matches.

Yuzvendra Chahal is a right-arm leg spinner who presents an Indian team of Haryana. His frist class debut was done at age of 19 in Indore against the team of Madhya Pradesh. Apart from this, Yuzvendra Chahal had also being recognized in chess at World Youth Chess Championship

Kuldeep Yadav is a domestic cricketer who plays for the Uttar Pradesh. He was inspired by two famous personalities Wasim Akram and Zaheer Khan; therefore He always wanted to be a left arm seamer. In IPL, kuldeep also played for the kolkata knight riders.

Another Indian international cricketer who is famous for playing all forms of game is Bhuvneshwar Kumar. In domestic cricketer, he plays for the Uttar Pradesh and for Sunrisers Hyderabad in IPL. Kumar had also played in duleep trophy for the central zone.

Jaspirit bumrah is among the fastest bowlers in India who reliably bowls at 140–145km per hour. In year 2013, he has joined the Mumbai Indian teams in IPL and thereafter, his real cricket journey begins. Due to his marvelous bowling figures, he has achieved the slot in India’s ODI team.

Hardik Pandya bats right-handed and bowls right-arm fast-medium. Pandya plays for Baroda in domestic cricket as well as for Mumbai Indians in IPL i.e. Indian Premier League. In 2016 at Dharamshala, pandya made his debut for India against New Zealand.

Ravindrasinh Anirudhsinh Jadeja is an all-rounder cricketer who plays for Indian cricket team. Jadeja has made his first class debut in domestic cricket by representing Saurashtra and also represented Chennai Super Kings in the Indian Premier League.

So, this is all about India world cup team 2019 squad and latest announcement by BCCI. Stay tuned with us at our web portal for more interesting and cool stuff like this. 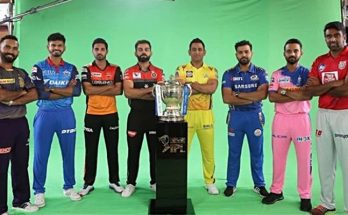